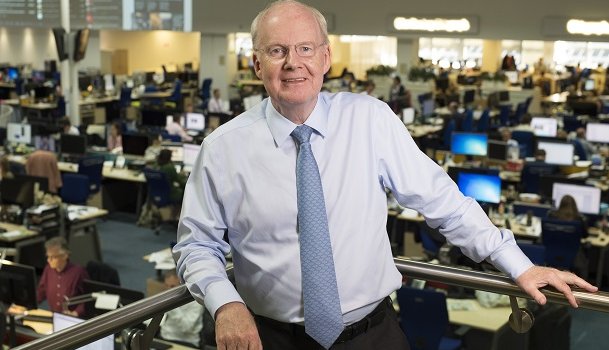 One of the UK&rsquo;s most senior media figures, Murdoch MacLennan, has been appointed as the new independent non-executive chairman of the Scottish Professional Football League.&nbsp;

One of the UK’s most senior media figures, Murdoch MacLennan, has been appointed as the new independent non-executive chairman of the Scottish Professional Football League.

Following an exhaustive search conducted by worldwide sports executive search agency Nolan Partners, Mr MacLennan was the SPFL Board’s unanimous choice and will replace Ralph Topping, who will stand down on 1 August 2017 after nearly eight years in the role.

SPFL Chief Executive Neil Doncaster said: “Murdoch brings with him a wealth of top-level business and media experience and has been at the cutting edge of the digital revolution as CEO and now Deputy Chairman of the Telegraph Media Group.  He demonstrated a real passion for the role and a clear insight into the opportunities and challenges we will face in the years ahead.

“There was very strong interest in the role from a host of highly-qualified candidates, but Murdoch was the board’s unanimous choice and we look forward to working with him as we continue to drive the game to even greater success in Scotland.”

Mr MacLennan said: “I am thrilled to have been selected to be the next Chairman of the Scottish Professional Football League, and to build on the achievements of Ralph Topping. I am so proud to be a part of its future. I greatly look forward to working with Neil Doncaster and to the opportunities and challenges that are ahead for the whole of Scottish football.”

Commenting on the outgoing chairman, Mr Doncaster said: “I have very much enjoyed working with Ralph, who has played a key role in steering the SPL and SPFL through some turbulent times.  He has been a huge and positive influence behind the scenes, particularly in the successful 2013 merger of the SPL and SFL.  I doubt very much whether that merger would have happened without his expertise, vision and diplomacy.”

Outgoing chairman Ralph Topping said: “I've greatly enjoyed my time in Scottish football and it was an honour to be Chairman of the SPL and SPFL, especially during a period of substantial change and challenge.  After advising the SPFL Board in January that developing business commitments meant that I had decided to leave, I am delighted that my final act as Chairman is to have secured the appointment of Murdoch as the new Chairman.”