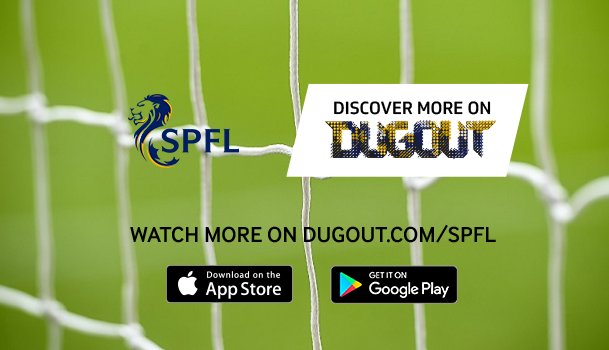 The Scottish Professional Football League (SPFL) has&nbsp;become the first national football league to join the Dugout platform, alongside 58 of the world&rsquo;s biggest clubs and over 100 of the best-known football players.

The Scottish Professional Football League (SPFL) has become the first national football league to join the Dugout platform, alongside 58 of the world’s biggest clubs and over 100 of the best-known football players.

Dugout launched in November 2016 and is the world’s first company to be supported by the biggest football clubs and players - created to deliver unrivalled behind-the-scenes access and exclusive content straight to their global fan bases.

Each club, player, league or federation has a dedicated profile on Dugout to showcase all their amazing content. Fans then personalise their experience based on the clubs and players they follow – all completely free to access.

The SPFL incorporates Scotland’s Premiership, Championship, League 1 and League 2 (all sponsored by Ladbrokes), as well as the Betfred Cup and the IRN-BRU Cup. The new partnership will bring the best of Scottish football on to the Dugout platform, such as goals from the forthcoming season and great archive content featuring some of the world’s most popular clubs; including Celtic, Rangers, Aberdeen and Heart of Midlothian – the first Scottish club to join Dugout.

The SPFL is already the best supported league in Europe (per head of population), with
1 in 48 people in Scotland attending matches each week – reaching a total of 4 million people over the season. The SPFL also generates a total domestic TV audience of 91.1 million viewers per season, with matches broadcast in over 100 countries across the world.

The strategic partnership will see exciting, exclusive Scottish football content delivered to fans across the world – tapping into Dugout’s 38 million users since launch and 85 million page views. This activity will support the SPFL’s objective of growing the global profile of Scottish football, as well as boosting the organisation’s other digital channels.

Ross McDonald, Digital Manager at the SPFL, said: “We were very keen to join Dugout as it is an emerging digital community with a strong focus on football. We look forward to seeing unique and engaging SPFL content alongside offerings from some of the biggest clubs and organisations in world football.”

Elliot Richardson, President of Dugout, said: “Signing our first league is a big moment for the company. Fans across the world will now have the chance to discover the very best of Scottish football and discover its rich heritage: from iconic clubs like Celtic and Rangers to some of the greatest players and managers of all time.

“We are in conversations with a number of other leagues about similar partnerships, and hope to make some more announcements very soon.”

As well as uploading their own content, Dugout will work with the SPFL to create high-quality, original content. This will include videos which are exclusive to Dugout before they are shared with the rest of the world, as well as lifestyle and personal updates from players, original video series featuring ball skills and tricks from players that can’t be seen anywhere other than Dugout.

Last month, Dugout announced the Football Federation of Portugal as the first national football federation to join the Dugout platform, with more to follow over the coming months.