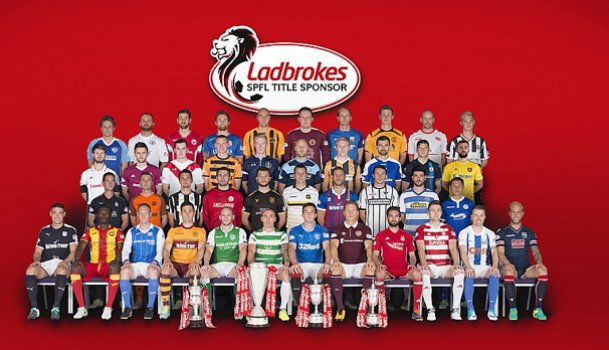 The fifth season of the SPFL gets under way this weekend, with 19 games on Saturday and two more on Sunday.

The fifth season of the SPFL gets under way this weekend, with 19 games on Saturday and two more on Sunday.

Here are four matches to look out for on the opening day...

Celtic v Heart of Midlothian - Ladbrokes Premiership
The reigning champions kick off the 2017/18 season in front of the Sky Sports cameras at 12.30pm on Saturday. Brendan Rodgers' men went through the entire domestic campaign unbeaten en route to the Treble in 2016/17 and face a Hearts side who will have Jon Daly in interim charge following the departure of Ian Cathro this week.

Inverness Caley Thistle v Dundee United – Ladbrokes Championship
There’s a fascinating game in store at the Tulloch Caledonian Stadium as relegated ICT host title favourites United. Caley Thistle have new boss John Robertson in charge after the departure of Richie Foran while the Tannadice men have made 11 new signings as they look to go one better after losing to Hamilton Accies in the play-off final.

Alloa Athletic v Raith Rovers – Ladbrokes League 1
Alloa just missed out on promotion last term, losing on penalties to Brechin in the play-off final, while Rovers were relegated – also after a shoot-out defeat to City. New Raith boss Barry Smith will hope to take the team straight back up but the Wasps will also expect to challenge again, as will an Ayr United side who begin away to Albion Rovers.

Annan Athletic v Peterhead – Ladbrokes League 2
Peterhead are short-priced favourites to win the title after being relegated via the play-offs and start their campaign with a 500-mile round trip to Galabank. Blue Toon boss Jim McInally looks to have put together a strong squad while Annan are rebuilding under new boss Peter Murphy following the departure of Jim Chapman to Clyde.