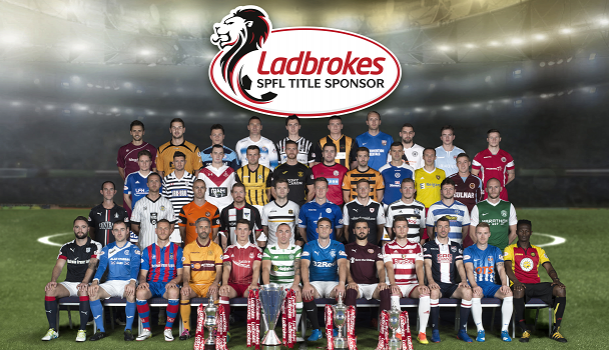 Neil Sargent has selected 16 of the best, worst and most memorable kits in Scottish football throughout the years. All you need to do is vote for your favourite on Twitter!

Welcome to a special festive edition of Talking Kit. We have selected 16 of the best, worst and most memorable kits in Scottish football throughout the years.

All you need to do is vote for your favourite on Twitter! If we have missed out any that you think should be on our list then send us a message and let us know!

Aberdeen 1994-96
The asymmetric blue patterns down the side and sleeves of Aberdeen’s home kit between 1994-96 divided opinion but the team won the League Cup wearing it in 1995, which helped elevate its status to that of a cult classic.

Airdrieonians 1993-95
Sometimes, as they say, less is more. Airdrie’s trademark red ‘diamond’ sash on white top was simple yet elegant and defined the club for most of its first 115 years of existence. Then, in 1993, somebody decided that what the strip really needed was to be covered in Morse code. This was the result.

Ayr United 1992-93
Ayr United’s home kit from 1992-93 looked like it had been produced using a painter’s old dust sheet. Certainly one of the less traditional Honest Men kits down the years.

Celtic 1991-92
Celtic’s away strips from the 1990s could fill an article like this on their own, but of all the zany designs that Umbro came out with during that time, this one is probably the best, or worst, depending on your taste. We can only assume that the black zig zag across the middle represents the cardiogram results of the players when they were told they had to wear it.

Clydebank 1991-92
During their time in the senior ranks Clydebank produced a number of wacky kits and were sponsored by Scottish rock band Wet Wet Wet for several years in the early ‘90s. This red jersey, that looks like a child’s attempt to sketch a bowl of spaghetti, was probably their worst. Perhaps unsurprisingly, Marti Pellow and the lads didn’t seem so keen to put their name on the front of this one.

Cowdenbeath 1992-93
Cowdenbeath like to call themselves the Blue Brazil but it’s hard to imagine Neymar, David Luiz, Firminho and co. turning out in this strip. Cowden’s away kit from 1992-93 features a dizzying kaleidoscope of blue, red and white across the body and, just for good measure, the designers have decided to spatter it all over the sleeves too.

Hamilton Accies 1990-91
This outrageous Hamilton kit has been referred to as the ‘wallpaper’ kit, but really, whose wallpaper looks like this? The red and white waves are enough to make you quite seasick after a while.

Hearts 2015-16
Not all the kits on this list are here for the wrong reasons. Hearts’ third kit in 2015-16 is iconic for all the right reasons after Ann Budge and her team decided to incorporate the names of 8,000 Foundation of Hearts members into the design of the new top, as a thank you for their part in saving the club.

Kilmarnock 1992-93
The Kilmarnock team in 1992-93 featured Scottish football legends such as Billy Stark and Tommy Burns. Unfortunately for them, they were made to play in a sky blue strip that looked like it had been driven over several times by a car.

Morton 1993-95
Morton’s brilliant tartan strip of 1993-95 was so good that they resurrected it again in 2005. In a previous article about this kit we speculated that it was the inspiration behind Scotland’s famous tartan ensemble from Euro 96 - still one of the best Scotland kits ever made.

Motherwell 1996-98
Motherwell’s nickname is the Steelmen, and the players certainly had to show nerves of steel to turn out in this kit every week for two years. There really isn’t any other way to describe it - it looks like a Battenberg cake, only less appetising.

Partick Thistle 2008-09
In 2008 Partick Thistle became the first domestic football club in the UK to wear a pink strip. It caused derision, but the passage of time has shown Thistle to be on the right side of history. Not only was the strip the most commercially successful Jags strip up to that point, it also opened the floodgates for pink strips around the UK and, indeed, the world.

Partick Thistle 2010
Thistle’s second attempt at a pink strip was equally as controversial but arguably less successful. The pink, black and white ‘camouflage’ design is certainly eye-catching but is much more often cited in articles about the worst kits rather than the best.

Rangers 1993-94
On its own, this Rangers top isn’t actually too bad, but when you add in the shorts it becomes just a little bit too much for the eyes to handle. It might have made a nice design for a pair of club pyjamas, but as a strip it’s pretty dizzying. Note to kit designers - stripy shorts NEVER work!

St Mirren 2014-15
Having spent most of their history wearing strips with fairly large black and white stripes on them, St Mirren’s decision to opt for a ‘barcode’ design of thin stripes in 2014-15 was enough to make anyone who looked at it for more than a few seconds go slightly cock-eyed. Truly hypnotic.