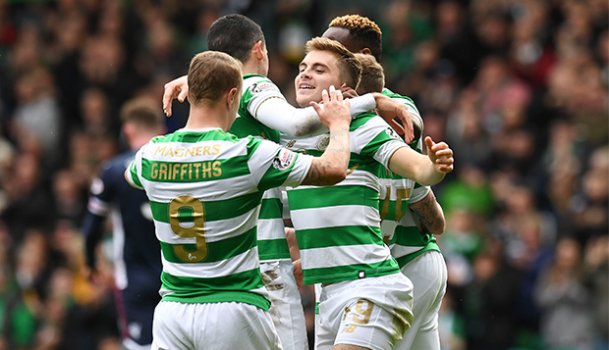 Craig Fowler picks his SPFL Team of the Week with Edinburgh City debutant Karim Belmokhtar announcing himself with two goals - he is this week's star man.

GK - Jon McLaughlin (Heart of Midlothian)
Hearts fans have been impressed with the recent signing in his two starts. The 30-year-old is confident in collecting crosses and has already made a couple of important saves, including a free-kick denial of Ali Crawford on Saturday, helping to preserve the 2-1 win at Hamilton.

DC - Nikolay Todorov (Livingston)
The on-loan Hearts youngster impressed in three separate positions for the Lions over the course of their 3-1 victory in Inverness. Starting in defence, he fired the visitors in front before moving to midfield later in the match and finishing in attack.

DC - Thomas O'Brien (Arbroath)
The lower-league stalwart scored against his former club as Arbroath secured a 5-0 victory at the home of their rivals, which was enough to bring Gary Bollan's tenure at Forfar Athletic to a close. As well as getting on the scoresheet, O'Brien was his usual impressive self at the heart of the defence.

DC - Jack Hendry (Dundee)
The young defender was a dominant presence at the heart of the defence as Dundee defeated St Johnstone 3-2 on Saturday to pick up their first win of the Ladbrokes Premiership season.

MR - James Forrest (Celtic)
Starting at wing-back, Forrest got himself on the scoresheet twice as Celtic defeated Ross County 4-0 at Parkhead. The Scottish international was a terror down the flank throughout, and produced a couple of well-taken finishes to inflate the score.

MC - Dean Shiels (Dunfermline Athletic)
Dunfermline moved to the top of the Championship table after comfortably defeating St Mirren at East End Park. Though the visitors would eventually finish with nine men, both red cards wouldn't come until later in the game, long after it had been killed off as a contest with Shiels dictating things in the middle of the park.

MC - Scott Brown (Peterhead)
Brown, along with midfield partner Simon Ferry, controlled the midfield as Peterhead ran out 4-0 winners at Central Park. The ex-St Johnstone youngster added the shine on the performance by netting the fourth goal against Cowdenbeath.

MC - Bobby Barr (Raith Rovers)
Instrumental in setting up Lewis Vaughan to score his side's second, Barr then netted himself as Raith Rovers underlined their credentials as pre-season title favourites by thumping Queen's Park 5-0 at Hampden. The win moves them six points clear at the top of the League 1 table.

ML - Scott Agnew (Stranraer)
Aided by two penalties, Agnew netted a hat-trick as Stranraer thumped Albion Rovers 4-0 at Cliftonhill. The victory was enough to see the visitors leapfrog their hosts in the League 1 standings.

ST - Jai Quitongo (Morton)
The striker produced a stunning goal during a first half where Queen of the South just couldn't handle his blend of technical and physical abilities. Though the second 45 minutes was a bit tougher for the hosts, they still managed to hold on to their 2-1 lead.

ST - Karim Belmokhtar (Edinburgh City)
Edinburgh City are off the bottom of the Ladbrokes League 2 table thanks in no small part to the French-Algerian forward. Making his first start for the club, Belmokhtar produced a pair of stunning strikes to help lift Edinburgh City over Clyde with a 3-2 win at Broadwood. A combination of this 'Roy of the Rovers' tale and the quality of his goals means he's this week's star man.