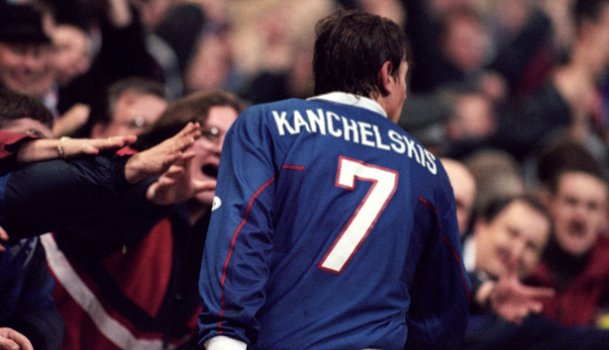 After Iain Russell&#39;s stunning strike for Airdrieonians at the weekend, we&#39;re throwing back to some of the best volleys in Scottish football&#39;s recent history!

After Iain Russell's stunning strike for Airdrieonians against Albion Rovers, we'll be throwing back to some of the best volleys scored in Scottish football's recent history!

Despite Hibernian eventually succumbing to a 5-2 defeat at Ibrox, Tam McManus stole the show with an incredible first-half volley.

St. Johnstone simply blew the Dons away at Pittodrie in October ’15 – the Saintees running out 5-1 winners. Left-back Brian Easton scored the best of the bunch with a thumping long-range volley.

This one was only a couple of months ago but worthy of being shown time and time again! Stirling Albion looked down and out against the Red Lichties until Sean Dickson showed stunning technique to blast in a stoppage-time equaliser for the Binos.

The Pars midfielder opened the scoring in a 3-0 victory over Arbroath in sensational fashion! As the ball dropped to him following a corner kick, he angled a full volley into the far top corner.

As the snow fell at a freezing Rugby Park, Craig Slater melted a raking volley in off the crossbar to secure victory for the Ayrshire men over Caley Thistle.

A fantastic high-scoring match between the Jambos and Ross County ended 4-2 to the home side – Jason Holt’s second-half volley was the pick of the bunch! The ball fell on to his weaker foot but it made no difference as he found the bottom corner.

“Oh golly, what a volley!”. Kanchelskis ripped a wonderful volley into the Dunfermline net as Rangers ran out comfortable 3-0 winners back in early 1999.

The English midfielder showed off his incredible left foot with this long-range scorcher as Celtic defeated the Pars 4-0 at East End Park in 2001.

Motherwell ended up losing the game 3-1, but Jim Hamilton would go on to win the SPL Goal of the Decade with his unbelievable volley from the edge of the box.