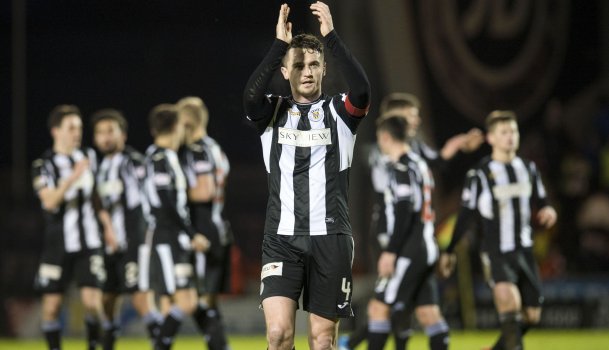 Resident statto @splstats looks at some of the numbers behind the weekend games in the Ladbrokes Championship, League 1 and League 2.

Resident statto @splstats looks at some of the numbers behind the weekend games in the Ladbrokes Championship, League 1 and League 2.

6 – Falkirk boosted their chances of Ladbrokes Championship survival by thumping Dundee United 6-1 at the Falkirk Stadium on Saturday. It was the Bairns’ biggest win over the Terrors since November 1951, when goals from Jock Wilson (2), Angus Plumb (2), Dave Campbell and Jimmy Brown handed them a 6-0 win at Brockville. Falkirk would go on to earn promotion back to the top flight that season. It was Dundee United’s biggest defeat to a club other than Rangers or Celtic in 48 years; their previous five-plus goal loss came against Morton in September 1969. The victory continued Falkirk’s recent impressive home record against Dundee United – they have picked up three wins and a draw in four Championship fixtures since the Terrors were relegated, although United did win the Premiership play-off second leg last season.

20 – St Mirren extended their lead at the top of the Ladbrokes Championship to six points thanks to Saturday’s 1-0 victory over Inverness Caledonian Thistle. Gavin Reilly was Saints’ hero, notching the only goal of the game to take his tally for the season to 20 in all competitions. Reilly is the first Saints player in a quarter of a century to reach this milestone – the last man to do so was Barry Lavety in 1992/93. Saints’ incredible revival under Jack Ross has been mainly down to their excellent home form – they have won 14 of their last 17 Championship fixtures at the Paisley 2021 Stadium, and their only defeat in that period came against Dumbarton in December.

13 – Raith Rovers defeated Forfar Athletic 2-1 at Stark’s Park to move to the top of the Ladbrokes League 1 table. Barry Smith’s side have now recorded 13 consecutive home victories in all competitions, smashing the previous club record of 11 which was set in the 1966/67 season. Rovers’ last defeat in Kirkcaldy came back in July when Dundee picked up a 2-1 victory in a Betfred Cup group stage match. Raith had a poor spell in mid-November but have bounced back to pick up six wins and a draw in their last seven League 1 fixtures, leapfrogging Ayr United in the process.

2 – Arbroath moved further clear in the race for the Ladbrokes League 1 promotion play-off spots after coming from behind to beat Ayr United 2-1 at Somerset Park. The Red Lichties have a fantastic away record – in their last 24 league matches on the road, they have picked up 15 wins and seven draws, losing just twice. They also picked up a 2-1 victory on their previous visit to Somerset Park back in August, making this the first season where they have picked up wins on both visits to Ayr.

7 – Peterhead thumped Stenhousemuir 4-1 at Ochilview to remain a point behind Montrose at the top of Ladbrokes League 2. The Blue Toon have now recorded seven consecutive victories in all competitions, racking up an incredible 27 goals in the process. Striker Rory McAllister found the net in each of those seven matches, and has scored a total of 19 goals in his last 12 appearances.The 30 year-old has now racked up 183 league goals in his career, of which 134 have been for Peterhead.