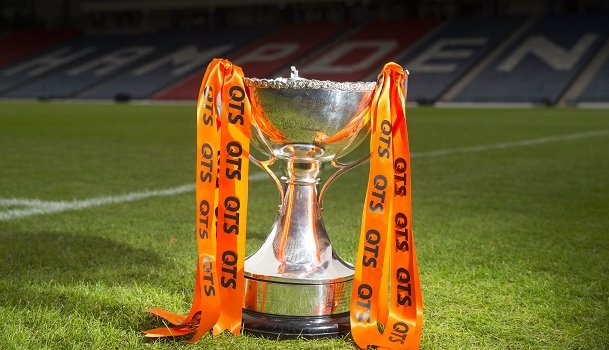 The three-game sponsorship package - The Scottish League Cup presented by QTS - covers the Dundee United v Aberdeen and Celtic v Rangers semi-finals, on Saturday 31 January and Sunday 1 February respectively, as well as the showpiece final on Sunday 15 March, all at Hampden Park.

It is the latest in a long line of sports sponsorships for Lanarkshire-based QTS, which is one of Scotland’s fastest growing businesses (turnover up 135% to £65 million in 2014) and services the rail, transport, utilities and private construction sectors throughout the UK.

Welcoming the announcement, SPFL chief executive Neil Doncaster said: “We are delighted to be working in partnership with QTS, an ambitious and growing Scottish business with a proud history of successful sport sponsorship – a perfect fit for the competition.

“With two cracking Scottish League Cup semi-finals in the New Year, as well as the final in March, everyone at the SPFL is looking forward to working with QTS to maximise the profile of both the competition and of the business and to bring excitement to fans of the clubs and Scottish football.”

Established in 1990, QTS has expanded to become a national multi-discipline organisation employing more than 300 employees, with its Scottish base and national headquarters in Drumclog, near Strathaven, where it recently invested in new office accommodation following an increase in staff.

Alan McLeish, managing director of QTS said: “We are delighted to be working with the SPFL as presenting partner for what will be a thrilling climax to this season’s Scottish League Cup.

“As a business we already support top level sport across the country, and with four of the biggest names in Scottish football at the semi-final stage and  worldwide interest in both matches as well as the final, the decision to get involved was an easy one to take.

“The three matches left in the competition are a major opportunity to showcase the best of Scottish football and we want to play our part in that. It looks like Hampden will be packed for both semis and the final and with top level football returning to the National Stadium for the first time since the Commonwealth Games, we believe interest in the matches will be massive.”

Following today’s announcement, the presenting partnership will be officially launched in early January to kick off a month-long build up to the two national cup semi-finals and a three-month marketing campaign culminating in March’s final.

Ticket prices and allocations were also set in agreement with all four competing clubs, with 34,000 of the available tickets for each semi-final – around 68,000 in total and two-thirds of total capacity – priced at £25 for adults and £10 for juveniles (under-16s).

For all the latest Scottish League Cup information visit: http://spfl.co.uk/league-cup/

About QTS Group
Based in Drumclog near Strathaven in Lanarkshire, QTS Group, is a multi-discipline organisation servicing the rail, transport, utilities and private construction sectors throughout the UK. Headed by Managing Director, Alan McLeish, the business offers services including railway operations, environmental, civil engineering, training, vegetation management and drainage.

Already named one of the UK’s top Entrepreneurs at the 2014 Ernst & Young Awards, Mr McLeish has also been named as Scotland’s sole representative in the Entrepreneur of the Year category at the British Chamber of Commerce business awards ceremony in London in November.