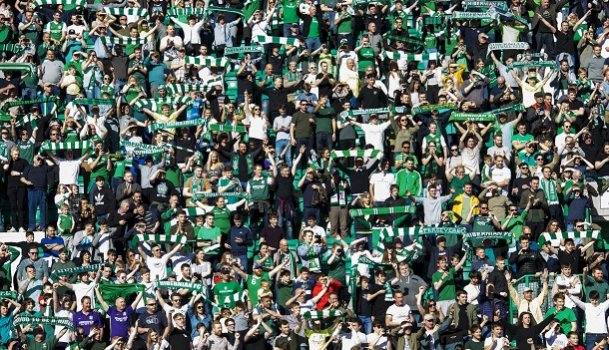 The total number of fans attending SPFL league matches including play-offs during season 2016/17 increased by more than 12% year-on-year to 4,267,467 in total.

The total number of fans attending SPFL league matches including play-offs during season 2016/17 increased by more than 12% year-on-year to 4,267,467 in total.

A further 396,855 fans attended 95 Betfred Cup matches and 54,620 went to 54 IRN-BRU Cup games however year-on-year comparisons are unavailable due the new format of both competitions. In total there were 4,698,942 supporters at SPFL games across all competitions during season 2016/17.

SPFL Chief Executive Neil Doncaster said: “These figures are hugely encouraging and testament both to the hard work of clubs in attracting people to games as well as the commitment and passion of supporters of all 42 SPFL clubs.

“There is already a great level of excitement ahead of SPFL season 2017/18 with many of our clubs executing some very creative season ticket marketing campaigns to help attract even more fans to attend matches regularly. All of this sends out a very positive message and provides a great platform for the SPFL and clubs to continue to improve the overall profile and health of Scottish football.”