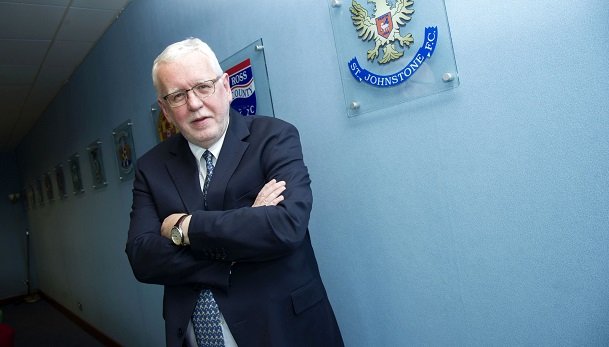 SPFL Chairman to step down in July

Scottish Professional Football League (SPFL) chairman Ralph Topping has announced his resignation after more than seven years in the role.&nbsp;

Scottish Professional Football League (SPFL) chairman Ralph Topping has announced his resignation after more than seven years in the role.

Mr Topping revealed the decision to the SPFL General Meeting today (Thursday, 26 January, 2017) and is expected to remain in post until a successor is appointed in July.

A former chief executive of bookmakers William Hill, Ralph is leaving to focus on his business partnerships and investments in the technology sector in the UK and overseas.

He said: “It has been an enormous honour to have been involved since 2009 in the game I love. I am hugely grateful to the many people who have played a part in making it such an enjoyable seven years or so and wanted to give sufficient notice to ensure a smooth transition to a new chairman.

“The SPFL has made significant progress in recent seasons, despite the many pressures and challenges of being Scotland’s national sport and I believe it is in a stronger position than for several years.

“The smooth amalgamation of the SPL and the SFL in 2013, the successful restructuring of the SPFL’s cup competitions and the major advances in club fees are three prime examples of the professional game in Scotland working together for the greater good and I’m sure that the SPFL will continue its current upward progress in the years ahead.”

SPFL chief executive Neil Doncaster said: “Ralph has played a hugely influential and positive role in the leadership of the game since he took up the position in 2009. He has never sought the limelight but his hard work, integrity and commitment has earned the respect of senior boardroom figures throughout the Scottish game. We wish him well and have already started the process to find a replacement with the skills, experience and authority to help continue to drive the SPFL forward in the years ahead.”